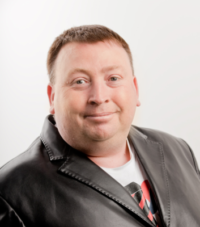 As a founding director of WRFA, Phil Warbrick brings a wealth of experience in international football management as well as high-level international business. Phil is a civil engineer by training and founder of the highly respected international consulting company, Synergine Group Limited.

Between 2005 and 2011, Phil was the Manager of the New Zealand National Football Team and oversaw the successful programme leading to their qualification for the 2010 FIFA World Cup in South Africa.
During this World Cup, the New Zealand National team was the only undefeated team in the tournament, drawing with the world champions at the time, Italy. The match has been referenced as one of the biggest upsets in World Cup history.

Due to their achievements at the 2010 World Cup, the New Zealand Football Team were awarded New Zealand’s highest sporting award, the Supreme Halberg Award in 2011.
Phil brings a wealth of football and international business knowledge to the Winston Reid Football Academy, ensuring the finest experience for the players involved.